Warning: Use of undefined constant PWP_NAME - assumed 'PWP_NAME' (this will throw an Error in a future version of PHP) in /home/customer/www/marketingelf.com/public_html/wp-content/mu-plugins/wpengine-common/wpe-sec.php on line 63
 Shareasale Think Tank 2013 Recap - MarketingElf
You are here: Home / Events / Shareasale Think Tank 2013 Recap
Warning: preg_replace(): The /e modifier is no longer supported, use preg_replace_callback instead in /home/customer/www/marketingelf.com/public_html/wp-content/plugins/eclipse-link-cloaker/eclipse-cloaker.php on line 3365 Last week I spent a whirlwind three days in Denver for Shareasale’s Think Tank 2013. This micro conference is always my favorite and it was my fourth time attending. Shareasale puts on a great conference with networking events, merchants and affiliate managers to meet, educational sessions, and fun all mixed together.

The event was held at the downtown Curtis Hotel, a very unique and funky boutique hotel. Every floor had a different theme from pop culture. I got to stay on floor 7 which was the Laugh Out Loud floor. There were posters from I Love Lucy, Monty Python and my room had a picture of Jim Belushi on the desk. The elevator was also an experience unto itself. The greatest thing about the hotel though was the staff. I don’t know how Shareasale continues to find these hotels with great staff. Everyone I encountered was friendly and helpful.

The format of the conference was great. On the first day there were some one on one meetings that were pre-scheduled. They were held in a big room with snacks, coffee and open tables for mingling and networking. We had access to the whole third floor and there were all kinds of areas to meet at. Shareasale did a great job of setting up a Facebook group for people to pre-network in and it was nice to meet with old friends and new faces from the group.

Shareasale also changed things up this year by inviting bloggers. Usually Think Tank has people that mainly identify as affiliates. It was interesting to see these two worlds come together and I think there is much to be learned from each other. I’ve always identified as an affiliate, but I can see many opportunities in the blogging world.

Day 1 ended with an opening dinner with assigned seating. It is always important to eat meals with new people at these conferences and I liked how they had enforced mingling. The tables were a blend of Think Tank veterans and newcomers. I can see that this was probably especially helpful to people who didn’t know anyone in the room, as I think back to my first Think Tank experience.

Day 2 began with a carb loaded breakfast (donut anyone?) and then it was off to some educational sessions. I sat in on Eric Nagel’s talk about using the Shareasale API. Parts of the talk having to do with code went over my head, but I finally get what it can be used for and what it can’t. I’m looking forward to implementing some time savers into my daily routine, thanks Eric!

After lunch I had several one on one meetings with merchants set up. Again they had a big room set up with tables along the outside for the meetings and then some round tables in the middle left open for meeting, chatting and networking. I finally got a chance to sit down with an OPM that has always been on the outside of my circle and I also learned about a great new tool that I hope to share a review with you very soon.

Thursday evening was Trivia Night and Dinner sponsored by Affiliate Summit. I love trivia and I am pretty serious about it, but even having been in this industry for over ten years now there were many questions that I simply did not know the answer. Our team did not win, but we also were not disqualified by cheating either, so that is a win right there! It was a fun night at Lodo’s Bar and Grill and it was also assigned seating. I really liked that touch this time around. Trivia night was followed by Brian Littleton playing the piano until the wee hours of the night back at the hotel.

Friday morning I was up bright and early to take a walk to a downtown coffee shop with friends. Novo Coffee was highly recommended by Nate Smith and I have to say it was definitely worth not getting to sleep in later. I had an espresso which was beautiful as well as complex and then a salted carmel latte that I will not soon forget. 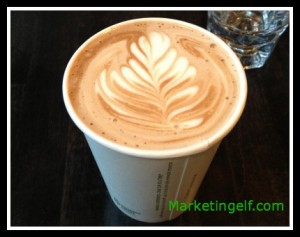 Most importantly I got to spend time with friends and make a connection that can’t easily be done through an online chat or a phone call. The thing I have learned the most from these conferences is that it is important for me to step outside my comfort zone and get out to talk to people. I finally connected with an affiliate manager that morning that I had never really had a chance to talk to before. While I may not have a use for his product line right now, it did get my creative juices flowing trying to figure out if perhaps there is a match somewhere.

After our excursion (Denver is just really nice, it has undergone it’s own renaissance of late. It gives me hope that Detroit can get there someday soon), it was back to the Curtis for breakfast and a keynote by Brian Clark of Copyblogger. If you have never visited his website, check it out. It is packed full of information on copywriting and marketing.

After breakfast and the keynote it was time to pack up and head to the airport for the trip home. I would have loved more time in Denver to sightsee. I will definitely head back in the future.

Next up in travel for me is Affiliate Summit West 2014 in January. It is going to be held at the Paris Las Vegas. I’m speaking on working from home and I would love to meet you there. Registration is going on now and you want to buy your ticket early because it always sells out.